6 Degrees is hosted by Kate at Books Are My Favourite and Best; each month, we start with a book, link through to 6 more and see where we end up. 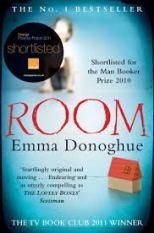 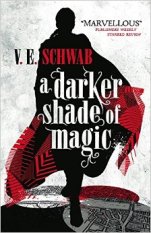 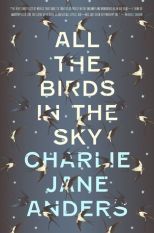 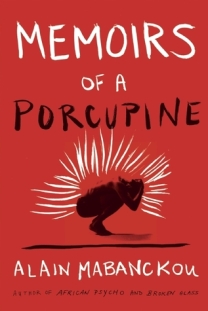 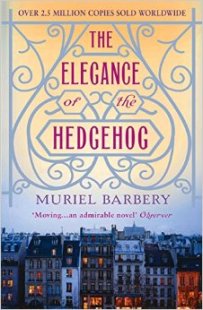 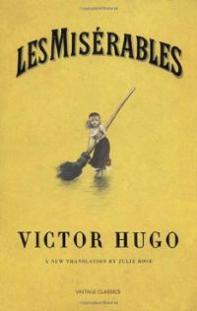 This month’s starter is Room by Emma Donoghue, a book which I found compelling but whose child narrator was not my favourite thing. I assume that, whether you’ve read Room or not, you’re familiar with the premise of a young woman and her son trapped in a single room by her kidnapper and rapist. The kidnapping/escape idea is what takes me to my first link.

The Girl in the Red Coat by Kate Hamer starts with a mother losing her young daughter in a crowd; the little girl has been kidnapped for weird reasons which unfold later on in this twisty and unpredictable novel.

Coats may not seem like the most interesting link, but another novel in which cold-weather attire is an integral plot point is A Darker Shade of Magic by V.E. Schwab, in which main character Kell has an amazing-sounding coat that can be turned inside-out into into numerous different styles. I want one.

Magic takes me to one of my favourite books of 2016, All the Birds in the Sky by Charlie Jane Anders, which begins with Patricia, a young girl with some interesting powers, who has a bizarre conversations with some birds.

Talking to animals moves us along to a weird little gem I read recently – Memoirs of a Porcupine by Alain Mabanckou. Set in Mabanckou’s native Congo, it’s narrated by a murderous porcupine whose fate is linked to an angry young man. It’s a really odd but brilliant book.

From a porcupine to another spiky creature, I’m linking to The Elegance of the Hedgehog by Muriel Barbery, which isn’t actually about a hedgehog at all, but a concierge at a Paris apartment building whose inner life contrasts firmly with her outrwad appearance.

And I can’t talk about Paris without ending on one of my favourite novels of all time, Victor Hugo’s Les Misérables, which I read in a manic two days a couple of years ago and still haven’t fully recovered from.

Have you joined in with 6 Degrees this month? Please link to your list in the comments. And have you read any of these books?

10 thoughts on “6 Degrees of Separation: From Room to Les Miserables”