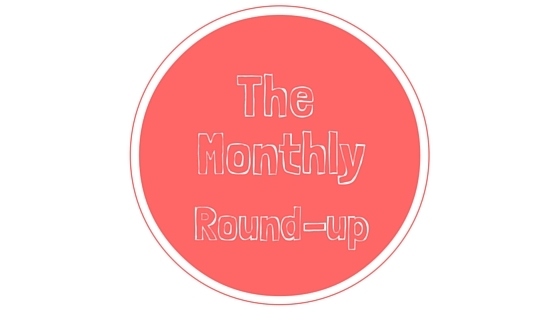 April was a good reading month for me, although I continue to feel slightly stressed by how many books I keep buying when I can realistically only read one a day, and that’s peak performance. One day I will literally be crushed by a pile of unread books falling on my head. But until then, I shall keep recapping what I’ve read each month, just because it’s fun.

The Premise: the Forges are a Kentucky dynasty, represented through the biggest part of the novel by Henry, a ruthless racehorse owner who defied his father’s wishes to pursue his ambition. Henry’s daughter Henrietta is his partner in breeding the perfect horse, but their lives are complicated by the arrival of Allmon, a black man just released from prison and eager to achieve his own equine goals.

Thoughts: I was put off The Sport of Kings initially, mainly due to its length; it’s over 500 pages and, additionally, it appears to be all about horse-racing, which is not a big interest of mine. It was only on the third attempt that I really got involved in the story, but I’m really pleased that I kept at it, because it’s a brilliant book. It opens with Henry’s childhood, harangued by a racist and cruel father, suffocated by the needs of his hearing-impaired mother; it’s not an auspicious opening, but it sets the foundations for Henry’s behaviour and attitudes in later life. The story really gets going with Henrietta, particularly when Allmon enters the scene; I found myself completely unwilling to put the book down as I was so absorbed in the epic narrative.

The Sport of Kings deals with some big issues. From Henry Forge’s father’s reprehensibly racist views, passed on in some part to his son, to Allmon’s troubled childhood and later incarceration, race plays a key part throughout the novel, which wasn’t what I expected when I started it. It creates immense tension, in the competitive horse-racing industry as well as in the personal relationships between the characters. It’s hard to read at times, such is the awfulness of the attitudes on show.

For a book to be so long and earn its keep, it has to be really epic in scale, and The Sport of Kings achieves this; sweeping through generations and two intertwining narrative strands, Morgan’s intentions and execution are really grand. The deeply held resentments, familial trauma and shock tragedies build up to something really Shakespearean; it would be easy to dismiss some of these events as overblown, but, as with a theatrical tragedy, the reader is swept up in the melodrama and the final effect is cathartic. There is some creepy and plain disturbing content, and the themes, while enthralling, aren’t always subtle; overall, though, these don’t detract from the impressive nature of Morgan’s writing.

In Conclusion: I read The Sport of Kings as part of my frantic attempt to read everything on the Baileys Prize longlist. Since embarking on this epic mission, it has been shortlisted too, and I think it needs to win. Although the prose is a little flowery at times (and there’s one character late on who talks like Thor which I didn’t really get), there’s so much gorgeous writing. I loved the sweeping scale and broad themes, as well as the intimacy of the character studies. It’s really quite an extraordinary novel. 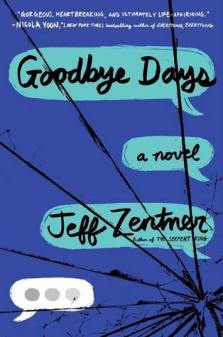 The Premise: Carver is waiting for his friends to pick him up from work, so he sends a text message to ask when they’ll be there. The car crashes and all his friends die. Goodbye Days follows Carver’s attempts to overcome his grief, guilt and possible criminal investigations.

Thoughts: obviously, Goodbye Days is incredibly, heartbreakingly sad. It’s sad on the first page, it’s sad on the last page and it’s sad on all the pages in between. Sometimes, I almost thought it was too sad; I wondered why I was reading something that was making me feel so profoundly upset. This is probably a question about literature as a whole, rather than this specific book.

In the case of Zentner, the reason you keep reading is that his writing is so beautiful that it would be criminal not to carry on. Carver is a writer too, so his first person narrative is full of delicate and devastating reflections on his feelings. Most upsetting are the flashbacks to the times he spent with Blake, Eli and Mars; the reader only gets to know them through these flashbacks, which makes us feel like we’re missing out, because they sound amazing. I can’t remember a fictional group of friends that sounded so authentic, warm and hilarious. Zentner achieved all of these things with The Serpent King too; tragic stories and touching friendships are clearly his thing. There are some beautiful family relationships here too; I particularly liked Carver’s sister and feel strongly that she needs her own book, please and thank you.

Weirdly, there’s plenty of humour in Goodbye Days too; the friendship of the Sauce Crew, as Carver and his friends referred to themselves, is based on the kind of banter that often doesn’t quite work on paper, but it’s brilliantly realised here. But then the funny bits just make the sad bits sadder, because they’re over; this book could be used as the dictionary definition of ‘bittersweet’.

In Conclusion: Goodbye Days is sad. Did I mention that? It’s really, really bloody sad. But it’s also warm and lovely and exquisitely written. I felt completely absorbed in Carver’s story; he’s an appealing character and it’s impossible not to feel for him. The book also makes you consider ideas about responsibility and blame, with Carver’s role in the death of his best friends under scrutiny throughout. I think everyone should read Goodbye Days, but be warned; you need to be feeling emotionally strong before you commit.

This week’s TTT, hosted as always by The Broke and The Bookish, is the opposite of last week’s, when we talked about the factors that make us want to read a book; this week is all about the things that put us off.

Mainstream snobbery
Look, I won’t lie; I’m a book snob. Generally speaking, I am not going to read something if a) people who don’t like reading like it, b) it’s being advertised at the train station or c) you can buy it in the supermarket. I’m not proud of these things; they’re just true. So, no, I haven’t read Before I Go to Sleep, or The Da Vinci Code.

Teenage melodrama
I still read a fair bit of YA, and a decent amount of that is contemporary, but if the synopsis sounds anything like “insert girl name never dreamed of finding a boyfriend and then UNBELIEVABLY two boys fancy her at once,” it’s just a “no” from me.

Jodi Picoult
I read two Picoult books a long time ago and hated them with such a violent passion that I scared the neighbours. I don’t mind emotive books, but I don’t want to be emotionally manipulated by one.

“For fans of John Green/Rainbow Rowell”
I have read John Green books and experienced mixed feelings. I love Rainbow Rowell. But it really annoys me when novels are compared to them; it smells of a cash-in to me, like all those dystopian books that were meant to be “for fans of The Hunger Games.”

PDAs on covers
I cannot abide all those awful covers with couples intwined around each other, or that just show legs; like, with a girl doing an annoying Kelly Kapowski-style foot pop (if you were a teenager in the ’90s, I know you know what I mean). Or a topless man. This rules out, as far as I can see, all romance and New Adult novels, which is fine with me.

“First in an exciting new series!”
I am already involved in too many series, particularly for a person who can never remember what happened in the previous book (not helped when they’re released so bloody far apart). So, until I can call time on An Ember in the Ashes, Throne of Glass, Red Queen and Illuminae, I’m just not looking to get involved. It’s not you, it’s me. Okay, it’s kind of you.

500+ pages
I do read really long books (The Sport of Kings was over 500 pages and Les Miserables is 1200 and that’s one of my favourites) but I have developed a stupid mental barrier against reading anything more than 500 pages, because it will take me more than 2 days and, for some reason, I don’t find that acceptable. It is stupid.

Middlemarch
Well, I’ve been meaning to read it for two years now and it hasn’t happened.

Do you share any of my virulent objections? Please let me know and leave your links in the comments.