I’ve been stalking this meme for the last two months and finally remembered to write my own list of links in time for January’s round. 6 Degrees is hosted by Kate at booksaremyfavouriteandbest, who is very encouraging of new participants! So here I am. 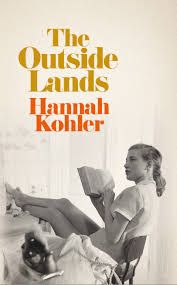 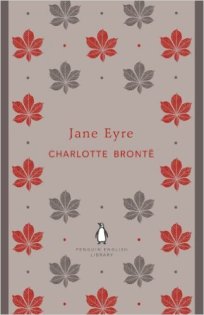 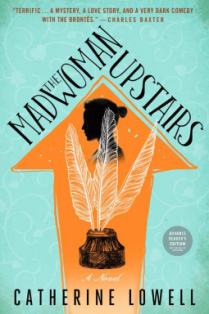 This month’s starter book is The Girl with the Dragon Tattoo by Stieg Larsson, which I am pleased to say I have read for the purposes of this link-up, but less happy to recall as it contains some horrific scenes which are pretty grim to read. It is, however, better than the sequels, which are very boring and, as I recall, all about Swedish politics and computers. Anyway, tattoos feature heavily here, as they do in Ryan Graudin’s frankly marvellous YA alternate history, Wolf by Wolf (and its even better follow-up, Blood for Blood), in which concentration camp escapee and tattoo fan Yael is part of the resistance against Hitler in a world in which he won WWII.

At the centre of Dick’s novel is a fictional novelist, who some of the other characters make it their mission to track down. The metanarrative leads me to David Means’ Hystopia, a wild reimagining (technically another alternate history – my links don’t seem to be taking me very far!) of the Vietnam war, in which one veteran returns home to write the story of a bizarre mind-bending treatment being forced on his fellow soldiers.

Vietnam leads me to Hannah Kohler’s excellent The Outside Lands, in which siblings Jeannie and Kip experience different aspects of the conflict; like the characters of Hystopia, Kip’s mental health isn’t affected in a particularly beneficial way by his experiences of warfare. For link reasons, and to move this list away from American conflicts of the 1960s, Jeannie also has a very annoying and patronising husband.

On the subject of annoying and patronising men, I present Mr Rochester from Charlotte Brontë’s Jane Eyre: a man so prone to condescension that I was quite pleased at the end when he nearly got burned alive.

Taking the Brontë link for my final book, I’ve read a weird amount of books about the sisters or based on their works in the past year, one of which was Catherine Lowell’s The Madwoman Upstairs, which imagines a descendant of Charlotte, Anne and Emily trying to cope with that legacy while studying literature at Cambridge. One imagine that, had she really wanted to get away from it, she might have opted for a different degree subject.

7 thoughts on “6 Degrees of Separation: from The Girl with the Dragon Tattoo to The Madwoman Upstairs”